Prior to his first offical appearance on the Ashton cape scene, Apex was well on his way to being recognized as a local cryptid, for over two years he was only known via rumors from campers, who had seen glimpses of him late at night while camped out in the forests and Mountains of Ashton.

His first entrance to the cape scene was a series of rather violent attacks on a group known as the Lambs. He was classified as a villain, and was later cleared of wrongdoing, after it was revealed that the Heroic Lambs had become Villains after their founder and leader Persephone had left to join the wards.

Apex was later seen to be allied with the former Lamb's member Radiance, which was suprising as he had wounded her badly, during one of his fights with the villain group. Apex slowly became a more common sight in Ashton, taking part in several cape fights, and assisting in search and rescue during an Endbringer event. Those who do a little digging on the internet would know that Apex runs a buisness selling high quality costumes, clothing, and armour. 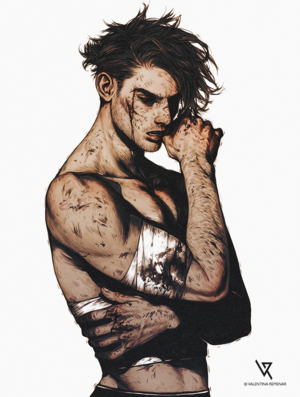 Apex's rarely used human form, he only shows this form to people very close to him

Adrian is a rather fit man, having served in the National Guard, he has maintained his fitness their rigorous standards since his retirement from active service. Adrian has brown eyes, and black hair. He maintains a level of hygiene and grooming, that is frankly exessive given how infrequent he actually takes human form.

Adrian tends towards wearing expensive high quality hand-tailored clothes, often going for clothing choices that are rather androgynous, often fond of long coats and dark colors. On the rare occaisons he is in public in human form, he wears a simple set of his custom Chitin-Kevlar body armour underneath his clothes, along with a simple featureless black-chitin facemask. 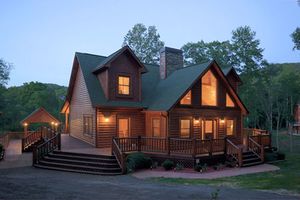 Adrian lives with his girlfriend Kate Cooper, in a rather nice cabin in Peak forest, located near Blossom Heights.

Adrian drives a simple and reliable cargo van, as it is one of the few vehicles he can use to change into his Xenoform discreetly.

Adrian owns a buisness known as Apex tailoring where he sells high quality costumes, clothing, and body armour. His body armour is popular as it uses the parahuman Meta-material known as XenoChitin. He makes a tidy profit from this buisness bringing in around 8,000$ every week (after his living expenses, and the cost of making his products.)

As a Retired Military Officer (Sergeant First Class) Adrian gets general military benifits such as Medical and Dental, along with a 3,700$ per year pension.

Adrian owns two automatic shotguns One of them is kept in his Cabin's lockbox, and the other is stored in his Vehicle in a discreet locked carrying case

Apex possesses a tinkertech shard designed by his old friend and ally Lamplighter. It is a small metal chip, a couple inches around, that is implanted at the base of the Apex's skull. It contains Apex's consciousness, when removed from his body it alternates from glowing a sickly green to a dark purple.

This device allows Adrian's entire consciousness to be transfered to a new body in the event of his current bodies demise. It is a durable piece of hardware, but would not stand up to a point-blank bullet or Knife attack. In the event of being hit with an EMP, Adrian would experience temporary spasms (one in-game round)

While in his human form, Adrian wears a set of Kevlar-Chitin ballistic body armour under his clothing.

Adrian carries a Kevlar satchel with him in both human and Xenoform, it contains the following:

Adrian is a skilled Tailor, and has lots of experience with designing and making both clothing and costumes. He has expanded this skill by learning the art of crafting armour. He has some skill in interior design as well.

Apex can play the Piano with a passable level of proficiency.

Adrian's power has the unfortunate side effect of influencing him towards a more primal/animalistic viewpoint. When he walks into the room his first instinct is to scan for danger, and assessing weaknesses that he can exploit. This is not something he can prevent without an extreme amount of effort. His powers have overridden several parts of his human insincts and replaced them, leaving him rather stunted in regards to social cues. He has needed to relearn a lot of things that humans learn at a very young age, and it has been said that he has the social finesse of a 1st grader.

He is extremely (almost violently) protective of his Territory (namely his home, and the surrounding patch of forest), his Mate/Broodmother (his girlfriend Radiance), and his Packmates (namely Hyperion, and the rest of Pantheon's Roster.

Adrian has adapted to his post-trigger life admirably, and is endeavoring to be a good person, he takes out a lot of his more violent tendencies on the Big game in the Ashton wilderness. And is relearning human social cues slowly but steadily. He has branched out and is slowly forming a support network of friends and loved ones. Adrian is rather fond of horror and Romance films, He is rather fond of hunting, cooking, and enjoys his tailoring job immensly. He plays Warhammer 40k minitures (Tyranids and Imperial Guard), and is rather fond of Dark Heresy, Pathfinder, and Dnd 5e. He has hopes of one day directing and starring in a indie horror film anthology.

Apex has the ability to shapeshift into a rather monstrous changer form.