Copper Spider operates a pirate radio station known as V-Rock that springs up randomly. She was unmasked in a fight involving Persephone and Shredshot, and her identity as Clarity Jackson became public. She claims to also worship a "God Machine" that works in mysterious ways. Believing humanity is on a path of transcending the flesh, she's a known transhumanist and technophile.

Ever since her identity has been revealed, she no longer works at Zappelli's pizzeria as their best delivery driver and wears her battle suit at all times. 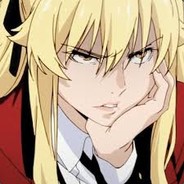 Clarity Jackson looking on in aggravation

Copper Spider is the nicest girl you'd ever meet, until you get on her bad side. She acts out for attention, craving it, and has a tendency to dig herself deeper when she shouldn't. She started off as a villain, because she felt she wasn't hero material but still had a need to encounter Persephone and opted for minor crimes until her arrest. Feeling betrayed by the one person she felt a connection to has pushed her into a downward spiral where she can no longer see the bottom.

A lot of her normal equipment can be upgraded due to her power.

A combination of Taser gauntlets and two Boring "Not a" flamethrowers, she can now project lightning and fire from her palms/arms (palms fire lightning, flames come from arm), her range is 15 feet, and can power the flamethrower(s) a full two minutes before requiring to refuel

Her outfit is consists of padded material with plates inside the sleeves. By enhancing it with some minor tech she has given her suit the following abilities:

With Speakers over her chest which can turn into extremely potent sonic weaponry, enough to cause dizziness and nausea to anyone caught within a cone in front of her

A small tablet has been attached to the suit's arm. Essentially, a Pipboy. This Pipboy connects wirelessly to her cameras, and provides her with her biometrics. It can also used as a miniaturized computer. She keeps it enhanced with a small personal assistant virtual intelligence.

She upgraded it recently to so it makes her flame retardant and insulated. Includes Gas Mask and Goggles

It flies. It carries Copper Spider. It goes really fast. It is also remote controlled. It also has a hover mode and a stereo system built in to play Ride of the Valkyries or whatever song she feels like blaring.

Notes: She took sometime to upgrade her boots (they have lights!) to prevent herself from falling off of the darn thing, because rocketing around on top of a metal board can be dangerous. Has a top speed of 150 MPH but obviously that makes it difficult to control, unable to use this level of speed when buildings are around. She is able to fly upside down for short periods of time.

They are camouflaged to blend in with their surroundings, this is done pre-emptively by Copper Spider before going to a location. They are upgraded with an personal VI assistant to help with controlling them en masse. They also have, a flamethrower. (holy shit this is a legit thing they use drones for). While she has a dozen of these drones, she only takes four out at any given time. The rest are back up in case they get wrecked. The drones can attach themselves to the "Sick Ass Board" so to not get left behind when she's flying super fast.

Even with it's camo, it still makes a small buzzing noise once it gets close to someone.

The primary weapon of choice for Copper Spider. Originally it was a simple light-up Yo-Yo, but thanks to the fact it's got just enough circuitry to count, she's turned it into something even better! The Yo-Yo has two modes.

Combat Mode: Her power has turned it into a meteor hammer

Travel Mode: Her other method allows her to travel like she was using a web slinger or grappling hook.

When you enhance things by touch, it makes sense to shove camera lenses into your face, right? While they normally are used to correct her vision, CS can also cycle through the following visions

Clarity is a speed demon. When she was seventeen she went out and qualified for professional level stunt driving. She absolutely loves fast cars, motorcycles, whatever has an engine and goes loud. She dreams of getting a really nice car to power up with her touch and seeing if she can break the sound barrier with it.

Clarity can upon touch enhance technological devices to far more advanced forms. The length of the enhancement depends on how much of an enhancement occurred. Devices enhanced must still primarily maintain the same function as it was pre-enhancement. She can reset the time by re-establishing the touch with the device.

To be able to enhance an object, it must meet the following criteria

She CAN enhance Tinkertech but suffers diminishing returns. (I.E She can double the speed of a car, but the same car with tinkertech might only get 1.5x speed...or if it's really tricked out 1.2x)

Short term use would be subject to "Whatever they are, but a bit better"

Long term devices (such as her goggles) would be subject to approval as equipment posts, as they would be with her for multiple scenes.

A secondary aspect of her power: She innately knows how to work with any electronic device. This is so she knows how to enhance it.

Examples of her power: