The Rainbow Paladins were a well-known lighthearted group of so-called "magical girl" heroes in Minneapolis. Things changed on a fateful night in March, when a fight with Jade Omen villains went terribly wrong, resulting in multiple fatalities. The group hasn't surfaced since fleeing the fight---and the authorities.

Of the Paladins, one in particular, Magical Girl Chastity, played up her role hard for attention. She was the token "thirst trap" of the group, although whether that is still the case is unknown. During the Jade Omen fight, it was revealed she had been paying off villains under the table for months to go easy on her in fights.

Cape junkies have occasionally spotted her in the background of her roommate's (Vigor Mortis) streams.

A young, slightly hyperactive woman of middle-eastern descent, with pink-dyed hair. Her costume is an aggressively-pink "magical girl" outfit and purple thigh-highs, along with copious bows, frills, and half-capes. Leaves little to the imagination 😔 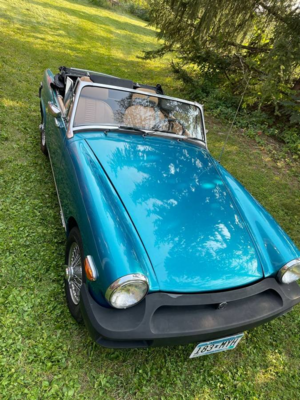 She's always seen herself as the pragmatic one. Little patience for those who cant (or wont) do what needs to be done. Will often go for the flashy option over the quiet one, all else being equal.

Like many of those born after the bombing, she grew up inundated with PSAs about surviving in a radiation zone, and is incredibly uncomfortable without the reassuring white noise of a geiger counter.

Primary - Potential Strike
When ZR attacks someone, everyone, friend or foe, who could have been attacked (think within reach in D&D for melee, or line-of-sight for ranged) experiences themselves being attacked. Based on what their reaction is, ZR can choose one (1) of the attacks to be real, the rest retroactively become only illusions.

Secondary (Paige/Mania) - Tranquility
ZR can flood either herself or someone she is touching with a short-lived (a few rounds) feeling of absolute calm. This can overpower emotion-based Master effects in certain situations, or allow increased focus and concentration under pressure. Addictive if overused, long recharge time (multiple doots between uses).

Secondary (Nashoid/Vigor Mortis) - Refract
ZR wreaths herself in a hyper-refractive crackling lightning mist that zaps any kinetic projectile (roughly brick or smaller, no effect on energy blasts) coming close to her (arms-reach). The projectiles will have their momentum sapped and converted into more mist. In addition, she can create small mist clouds within line-of-sight, which act as "extensions" of this lightning cloud field. She can also use natural bodies of water or precipitation to extend this range within reason. The lightning cannot be used offensively, just as area-denial zaps (spicy taser strength) and projectile nullification. After zapping, there's a couple-second delay for the lightning to "recharge".

Secondary (Shade/Hope) - Outreach
When attacking, ZR can stretch her limbs a couple feet, allowing greater reach. In addition, she can whip enemies with extended limbs, after which they snap back to normal.

From frying pan to fire, Aludra's family were refugees from the Strife, settling in Minneapolis in the late 80s. When the bomb went off, they stayed, not wanting to once again pack up their entire life and resettle in yet another city. Aludra herself was born over a decade after the bomb went off, and like many of the kids born there, it was normal to her.

What wasn't normal was her parents' cancer. Both had stayed throughout everything, and both had cancer manifest while their daughter was in high school. The FEMA money didn't stretch far, charity was unreliable, and jobs were hit-and-miss.

Being a superhero was the lifeline she needed. When her friend revealed he could give her powers, she didn't hesitate a heartbeat to join him. Heroes made money, it was simple as that.

So she doubled down. She chose a spicy name, took everything their hired PR consultant suggested and went a step further, built her entire career around separating thirsty boys from their wallets. And it worked. She raked in cash, paid off all the debt collectors, even put enough in the bank to pay for college.

Then the Tinker died.

She'd always had the weakest power, the ability to summon golden chains that ensnared enemies and left them vulnerable, plus a minor Brute effect. It was showy, locked enemies down, but fundamentally she relied on her team to deal the heavy blows. And that was fine. Until the chains got weaker, villains breaking out more and more often, and she had nothing else.

In a moment of desperation, she contacts a villain on PHO ahead of a raid on their base. Offers to pay him money if he phoned it in a little. She didn't ask him to lose, just... something to keep up appearances. Pretend that the chains that had once locked down Brutes were more than brittle facsimiles of their former selves. He agreed, and so did the next villain, and the next. But the price went up each time, and soon it had reversed, villains demanding money from her or they would reveal her for a fraud... and she was back to how it began, ignoring phone calls from billing departments, stealing from charity bins, anything to help her family.

The final fight, it all fell apart. She'd ran out of money, not that it mattered. The chains never formed, the sliver of Brute durability was gone, and the villains were done phoning it in around her. Attack after attack, far too strong to defend against, and she's the first one down. The first to go, sitting there half-conscious, in a pool of blood, ribs broken, unable to move... but that wasnt the breaking point. It was when they told her team, told the world, what she'd done to get by. That she was a fraud who'd been paying off every villain they'd fought for weeks.

The looks of betrayal was what made her trigger.