Someone has been making inquiries about hiring mooks in the Devilfish area. There is a suspicious lack of rumors, and all money trails lead to dead ends. Appearance, powers (if they exist), motives, and history are wholly unknown. 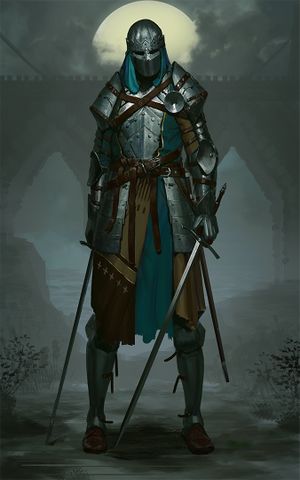 Phix's costume (except the cloth is black, with gold accents)

Civ: As seen in the image. She stands at 6’1”, favors professional attire, but generally keeps it loose fitting both to hide muscle and lack of figure.

Cape: As seen in the image. Uses padding and a voice modulator and trained control to appear and sound male.

Cold, calculating, and utterly ruthless. She buys Ministry programming wholesale in regards to parahuman superiority, especially thinkers. Has a Machiavellian outlook on life, the ends justify the means, no matter the means. Normal people, and even other non-thinker parahumans, are at most tools or enforcers to be manipulated as she sees fit. Egotistical to a degree, but smart enough not to let it impact her plans in the vast majority of cases.

Primary power: Phix’s main power is perpetual familiarity with the current situation. She can easily navigate rooms in the dark with intimate familiarity, can find secret rooms or hidden weapons, identify and avoid security systems, knows how to properly use gear with little to no instruction, and has an intuitive sense for the terms to use and actions to take in a given situation. This applies to larger outdoor spaces as well, as she is able to easily find water or resources in the wilderness, or navigate through back alleys or other less obvious routes in large cities. This power makes the acquisition of new skills easier. It also means that Phix is generally very hard to catch off guard or fluster. Cases where she could be caught off guard would be rapid changes stemming from something originating from outside what would be considered the 'immediate vicinity'. There must be some hint of something being present for her to pick up on it (she wouldn't know about a bomb in the basement unless there was some indication in her immediate vicinity, and even then, she would likely have to use her own intelligence to extrapolate)

Secondary Power: Phix is a Noctis cape. She lacks the need for sleep entirely, and doesn't really grow tired. Additionally, this aspect of her power provides 360 degree vision regardless of attire.

Secondary Power: Phix may create illusions within 30 feet of herself. These illusions may only affect one sense at a time, but different illusions may be applied to different people in range. This comes with a degree of assistive multitasking, allowing her to maintain multiple different illusions on different people while still performing normally. Illusions are a result of sensory tampering (as opposed to creation of actual constructs), and so those with altered neurology, or general resistance to master effects, may either be completely unaffected or effected in a different way than intended. Someone looking in from outside the 30 foot range would not be able to tell illusions were occurring (barring identifying strange behavior from those affected). Illusions operate on the scale of making someone taste/smell something really nasty, making her arm appear in a different position than it actually is, etc.

Secondary Power: Phix has an abstract sense for social/mental flaws and weaknesses. This works better the more time she has had to interact with/observe a person or group. The sense itself is vague at first, generally hinting at the presence of a flaw, and takes greater focus and time to more fully reveal what that flaw is. The power does not provide any insight on how to exploit detected flaws, only that they are present. This power would give insight on tangentially relevant conversational landmines upon first interaction. After a longer time studying an individual, it hints at deeper insecurities, providing blank info on such things without context. The power doesn't work without actually interacting with a person face to face, as it needs proper data to work with.

Secondary power: Phix has a precise but extremely slow changer power. She can select from three options, taking a few hours to go from one state to another. The power abides by conservation of mass and energy. Changes persist unless reversed. the options are

Sasha doesn't remember most of her very early childhood, whether this is the result of a power effect of simply having been taken by the ministry at a very young age is ultimately inconsequential. She grew up in a ministry compound, the Archimedes clan, a compound located in West Virginia, alongside around 30 other children. Conditions were tough, a constant grind, constant propaganda, constant tests, everyone pitted against each other and attempted to undermine each other in order to gain some sort of boon. Secrets abounded, and she quickly learned to be cold and reserved, to not trust anyone, and to accept the teachings without question. Friendship was uncommon and strained, but somewhat necessary, more alliances than true friendships. The constant erosion of both body and mind, the constant pressure, the barrage of increasingly confusing tests and utter degradation as failure after failure mounted and each success was belittled eventually grew to be too much. Sasha, seeking some form of relief, revealed to one of the supervisors that one of her friends/allies had been cheating on the tests in a small manner. Quickly, their entire group was rounded up, each placed in solitary confinement, made to confess to actions both true and false, gradually manipulated to hate the other members in a variety of ways. After days, they were taken out and experienced a modicum of relief, showers, good food, sleep. They were allowed back with the rest of the kids, and upon seeing each other, tensions rose. The sewn distrust came to a head, a fight broke out, mostly each of them tearing into each other verbally, picking at insecurities and bringing up past events. As it came to a head they triggered, forming a cluster. Now with powers, their conditions improved. They separated, avoiding each other at all costs, and as Sasha was further trained and indoctrinated, her ego grew. She saw how the other powered members of the cell behaved, how they acted, the flaws in their arguments and their perceptions, their weakness. If this was the standard, she found it lacking. Operating on the assumption that she could do better herself, she worked to escape, sewing minor dissent between members, and using the rising tensions to slip through a lapse in security. Armed with her powers and training, she set out to accumulate the wealth and influence needed to set up her own, better, organization.