Former conjoined twins who triggered and are now a case-70. Also, there’s a convent that’s turning into some really weird hellscape?

The sisters are formerly conjoined twins, each standing approximately 5’2”. Blue eyes and naturally, although Victoria has dyed her hair darker to help differentiate them.

Eleanor almost always wears the garb of a Roman Catholic nun. While Victoria is also a nun, she tends to only wear the getup when she’s “on the job”, dressing casually otherwise. Due to their circumstances, neither puts much effort into maintaining a secret identity, however unless their power gets in the way they don’t broadcast the fact. 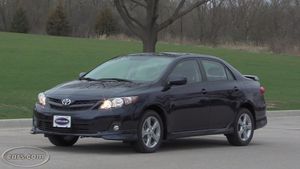 The Gold Sisters have been bestowed by the Catholic church, the honor of running and maintaining a Convent in the city of Ashton, Washington.

The Blessed Saint Amelia Convent houses eight Nuns, as well as a few auxiliary employees, such as groundskeepers, and a varying number of volunteers.While the Convent venerates Saint Amelia, it follows the teachings of Saint Benedict, believing that a Convent should be self sustaining (with a tidy discretionary fund) - in accordance with these teachings, the Blessed Saint Amelia Convent, functions as a small brewery, producing a variety of Beer and Cider, under the name “Paradisio Brewery.”

Eleanor is typically an outwardly stern individual, but is a really a quite caring person. She was always the more devout of the two sisters, but that was cranked up a notch in the wake of her rather hellish hallucinations. She is a lot more casual with her duties as a Nun than is generally acceptable, but considering the circumstances of her existence, people usually cut her some slack. Eleanor considers herself a nun first, and a cape second. She cares deeply about her sister, and strongly regrets her part in their trigger. She thinks that Victoria’s levity regarding religious matters is unfortunate, but humors her sisters attempt at a ‘normal’ life, and actively encourages and assists her in those endeavors.

Victoria, on the other hand, was always the more laid-back of the two, the one going with the flow. Eleanor had always wanted to be a part of the Church, ever since they were kids, and she’d gone along with it. And, well, since she was attached to her and sitting through nun school, might as well join in right? Well, now she’s her own person (kinda), and while her sister wants to keep up the lame-ass nun thing 24/7, Victoria’s gonna catch up on what she missed. She’s still a nun, she’ll still do the… nun stuff, but there’s an entire city out there to enjoy!

Trigger type: natural, cluster (C70), single-trigger The Sisters possess an area of effect shaker ability that doubles as a Master Aura. The borders of this effect extends to fill their vicinity in all directions (practical limits of a house/church-sized area indoors, and a block or so outdoors, although this may increase the longer they control an area).

The Master portion of their power manifests initially by overlaying complex hallucinations onto all the ‘senses’ of surrounding organisms and machinery - This takes a period of time ranging from one round for organic life, and 1d4 rounds for Mechanical equivalents, and (typically) 1d6 for more Exotic methods of detection (for example, Octarine’s vision or equivalent thinker powers).

These hallucinations always involve a detailed and consistent ‘Hellscape’ being overlaid onto the real world. This includes altering the appearances of the environment, the wildlife, the architecture, and bystanders—this effect lingers with extended periods within the proximity of the Sisters. For example, spending five minutes around them may leave the victim hallucinating for an hour, but spending an hour around them leaves them seeing things for a day. Generally the more people around the longer this effect will last, keeping a roomful of people together will let it last up to twice as long as it would if they were separated after contracting the “disease”.

After 1d6 rounds the Power’s Shaker portion kicks in, and begins physically altering the environment (but not living beings within) to match the Hellscape. These physical alterations will last similar lengths of time as the Master effect, with adjacent areas also lasting longer if near the rest of the Hellscape.

Each sister has a variation of the Hellscape, while the mechanics are the same there will be a different “aesthetic” associated with it. Details on each variation are noted below. The sisters have a very limited direct control over the way this power manifests, and are not protected mentally and psychologically from the long term exposure of the vulgar and often horrifying imagery that their ability projects.

The sister each come equipped with a number of secondary manifestations of their power, that is unique to each individual sister, but these are not significant enough to earn more than secondary ratings.

In Eleanor’s version of the power, the area around her shifts into a rendition of Hell, as seen in the Christian Bible or Dante’s Inferno.

Buildings shift to incorporate horrifying features like agonized stone faces carved into every surface, charred skulls, and demonic runes. The air is warm and smells faintly of fire and brimstone, and seems clouded with an ever-present haze of smoke and ash. The dirt under your feet seems to be smouldering embers, and large bodies of water appear to be bubbling lava (although they feel hot to the touch, this is purely illusionary)

People and animals mutate to become hideous Imps, Demons, and flame covered Devils, or occasionally the unnerving visage of an Old Testament Angel with too many eyes and wings and mouths. Often times they appear to be dark twisted versions of themselves, as if mocking their uncorrupted forms

She has a togglable secondary striker aspect of her power, she has a touch that restores damage to its prior state, while twisting it slightly, for living creatures this experience is painful, not unlike being touched with heated metal.

This restoration ability tends to take several minutes depending on the extent of damage, can be figured out on a case by case basis. The exact appearance of restored objects/people varies pretty heavily, but always matches her Infernal Demonic aesthetic pretty closely.

(She can use it as a pain touch, even if the person is not damaged - this does not corrupt it however, since nothing was ‘restored’)

In Victoria’s version of the power, the area around her shifts into a vaguely Victorian aesthetic, and over time this begins to decay and rot. Buildings are overgrown, statues melt under the touch of an omnipresent sour rain, and the people grow odd mutations and deformities.

She has a togglable secondary Striker aspect to her power, a touch that causes rot, decay, and necrosis to pass from her hands and into whatever she touches (organic or non-organic). 2 sec for initial pain and minor tissue infection, 10 sec for mild tissue infection/necrosis and straight-up agony, and 30 seconds to hit the point of "damn dude, flesh is rotting to the bone here and septic shock is setting in."

She has a togglable secondary Striker aspect to her power, a touch that causes rot, decay, and necrosis to pass from her hands and into whatever she touches (organic or non-organic)

An article in the Ashton Gazette from September of 1993 relates the story of Ronald and Lisa Gold, of Ashton. Ms. Gold checked into Memorial Hospital on the 25th of that month, expecting a fairly normal birth of twin girls, but to her surprise and that of the nurses, her daughters were born conjoined.

Thoracopagus conjoined twins aren’t the rarest type by any means, but it meant separation was impossible without sacrificing one of the daughters. The Golds decided to keep both of them, conjoined, and with the help of their church group for medical treatment the girls would have grown up to have a normal (relatively-speaking) life.

Unfortunately, the chances of this were taken away when, at the age of eleven, one of the twins began experiencing hallucinations and delusions. Schizophrenia. Victoria had always been “special”, having trouble in school, often seeming loopy or distracted, and this was only accelerated when she started seeing things. In order to stop her from hurting herself and her sister, doctors were forced to prescribe various antipsychotics. The problem was, while a strong dosage would give Victoria that normal life, it meant Eleanor would have to suffer debilitating side-effects alongside her sister.

Naturally, this caused tension. It wasn’t that Victoria wanted to put her sister through that, she had to if she wanted to be normal, to not harm the both of them, to make the voices shut up, she had to take the pills. And when those stopped working, the doctors would up the dosage or change to a medication with even more side effects. Eleanor had no choice but to smile and nod along with it, even as she felt her mind and her half of the body eroding away under the years of treatment.

Until she snapped, she’d had enough, she couldn’t take it anymore and dumped all those fucking pills down the toilet. Victoria was going to be normal, dammit, and this was the first step.

The hallucinations came back, the voices, the screaming of demons in Victoria’s head, except now they both heard them. The withdrawal symptoms hit them in the height of the madness that night, warping and manipulating the demons, the voices turning them against each other. Your sister just wants you to suffer. This was her fault, wasn’t it? The selfish bitch. She was a parasite, and the doctors should’ve cut her off when you were born. It was too late now, if one died the other would surely follow, but that didn’t mean you couldn’t try.

Neither twin remembers what was real and what wasn’t that night, but they remember a shift, a moment it all changed forever. They became a single person, switching out of a single body, but there was something else. The hallucinations didn’t stop, but they were real now, others could see them, feel them, just like they could. 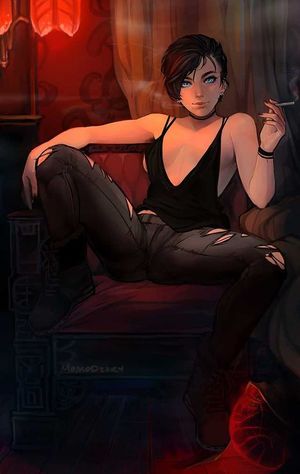