A ward who is rather popular among young girls going through a mermaid phase. She is noted for her remarkably clean record, and her upbeat attitude towards the heroic lifestyle. She has been a ward for 5 years and has her own modest fanbase. She has been called in on 3 separate occasions to assist in capturing villains whom she was especially suited towards fighting (Two Hydrokinetics and a Boat Tinker) all three of those occasions resulted in arrests.

Nessie stands at 5 foot 2 inches in height, weighing 120 pounds. Nessie has a very distinct non-human appearance, Most of her body is covered in extremely fine scales, she has fins on her head, arms, and legs (Arm/leg fins are partially retractable). Her scales are blue and orange.

Nessie possesses a rather athletic build, from years of Ward training, and her fondness for staying healthy via an active lifestyle. 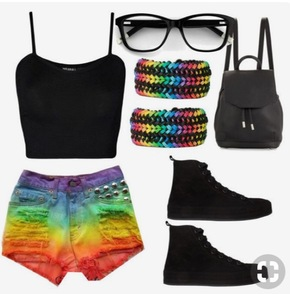 Nessie is a very uplifting individual, she enjoys the heroic lifestyle, She likes helping people, and Improving lives when she can. Unlike many of her case 53 brethren she is quite content with her lot in life. Nessie has a strong sense of right and wrong.

Nessie lives happily with her adoptive parents Rory and Locke, who she has lived with since she was the age of 12 (5 years). She also has 3 house cats (Nemo, Marlin, and Dory)

Nessie has excellent grades in school (she dislikes the idea of Tutoring) and goes out of her way to make friends whenever possible. She has moved several times over the years as her and her family have transferred to wherever the PRT need another cape with a good record.

Nessies ability is best described as the ability to ‘swim’ through the air as though she was underwater. This coupled with her Aquatic Case-53 biology allows her a rather impressive Mover rating.

Nessies power has secondary striker and shaker applications. She can extend her mover rating to items and people she is in direct contact with with ease, allowing her to pull people and things along with her as she ‘swims’ through the air.

She is also able to selectively extend the ‘underwater’ effect to objects or people within a hundred feet of her, although this takes concentration based on the number, size, and complexity of the objects/organisms she is effecting. (This is especially useful for lessening the effectiveness of opponents in melee, and for slowing down projectiles)

Nessie possesses extremely fine scales, which are far more durable than you’d imagine. They allow a level of protection on par with a standard issue police stab vest. Her blood has a rather powerful clotting ability, and she can regrow damaged scales easily enough over a period of days.

Another unique facet of her biology is an extreme resistance to both cold and pressure, capable of surviving at the bottom of the ocean for extended durations. While she is capable of surviving in these conditions, she has expressed a strong preference towards warmer waters and less significant water pressures.

Nessie is extremely well suited for underwater conditions, possessing 20/20 vision underwater and on land. She also possesses primary (behind her head-fins) and redundant gills (along her neck and lower back) She can process salt water and fresh water with equal ease.

While most humans are capable of eating both meat and plants, she is also capable of eating raw meat with no detrimental effects to her health. But even more impressive is her ability to eat spoiled and rotting meat (Both Nessie and several PRT power analysts theorize this is a biological adaptation intended to allow her to act as a Deep Sea scavenger should the need arise.)