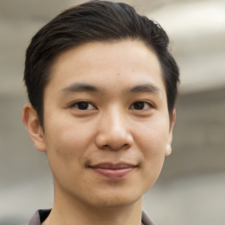 Lift-off in his civilian identity

Liftoff has a pretty standard looking set of red and grey metal armor on top of a cloth bodysuit with some flexible pipes of coolant running along the exterior. He also has some small holders for zip ties and his bo staff. His main draw appearance-wise is the rocket pack and wings. Made of the same red and grey metal as the rest of his suit, they can fold and flick out, matching his general body language. He has black eyes and black hair, stands at 5’8, and has a medium build.

A permanent room in the PRT building.

Wrist rockets, as an offensive capability. Carries 8 on a given outing.

Okay hand to hand training, he did learn martial arts, but it was one of the more showy ones, not one of the practical ones. Since joining the Wards, he has started receiving lessons in more usable schools.

He’s a decently bright kid, and generally sees through on things he’s committed himself to. He IS a teenager though, so he’s not always keen on showing deference to people he doesn’t think should have it.

Trigger type: Single Natural Trigger Liftoff is a Tinker with a specialty in rocketry. If it can be reasonably called a rocket, he thinks he can make it. That does include RPGs, but he found out the hard way that that will end in someone dying (no one got hurt, but we do not speak of the Hiking Incident). It also includes fireworks, so the 4th of July will be fun.

Gabe has always been something of a thrillseeker. When he was young, he’d walk to the top of the highest hill and go down it on his bike, almost always falling off and scraping himself up. He never lost that drive, but it went from something he did sheerly because it was fun, to something he could do to escape his issues, at least for a little bit. His parents weren’t concerned if he got himself hurt. His mom was just trying to get by each day, and his dad, well… failed experiments don’t cause small circular burns. One day, his “dad” was way worse than usual. Something about getting the lottery numbers 1 off or something like that. At any rate, he grabbed an old iron poker that had been sitting in the fire for a while and turned to Gabe and his mom. He blacked out for a second as he realized that he had to leave that house, then and there. So he ran away, seeing ideas start to form in his head.