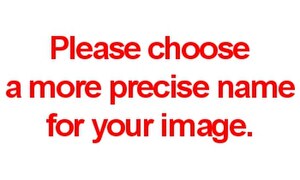 A thin, short Caucasian teen, Slavic. Her hair's a dark black, and is kept short although she's been growing it out. She has a wide smile, slightly upturned nose and large dark green eyes. Cute, beautiful even, she carries herself with an ease and a confidence now that she's missed for years. She's actually quite buff, she definitely works hard in the gym.

Timeline's Motorcycle - A restored Minsk M1M, modified with a newer engine and emergency lights that are subtle enough for her to use her bike as a civilian mode.

Hidden in the helmet and on the back are small, super sturdy fans to help with air flow. Would be crazy uncomfortable without.

Also has a standard encrypted radio that can go between base/teammates and a PRT/Emergency services dispatcher. Built in camera/microphone hidden, livestreams to the base where the footage is stored.

The shield has several handy features. Super strong magnets on it and the back of her costume allow her to ‘clip’ it to her back or the side of her motorcycle and get it out of the way. On the interior are small compartments worked into the shield itself, containing A small trauma kit, handcuffs and a few simple tools.

Costume has a GPS tracker inside it.

Notes: Comes with a sword. This is blunted, it won't slice your arm off, but it *is* still a several pounds heavy metal bar, it's perfectly capable of breaking bones if swung with force.

Fluent in Spanish, sorta-kinda some French, a conversational speaker in Mandarin and passionate for American Sign Language.

A fluid and skilled deceiver, her power has made the habitual lier have to become clever at telling misleading statements, half-truths and other forms of social manipulation to keep her power leveraged.

Some first aid training, enough that she could do a tracheotomy in an emergency. Slowly working on a black belt in Jeet Kune Do, basics of fencing and has the fundamentals of HEMA down, particularly with longswords and rapiers.

Fundamentally kind and trusting, she's suffered an unusual amount for any cape. A history of extreme violence, abuse and her kidnapping/subsequent indoctrination by a Master into a cult have left her scarred in many ways. She struck out from the PRT in response to perceived apathy and shady choices she saw, wanting to build something more focused, controlled and purer. In many ways it was a way for her to control her surroundings and the people she's near.

She tends to view people in extremes, all-good or all-bad, sudden bouts of infatuation, paranoia, anxiety or rage being common. Frequently depressed and effected by PTSD, she struggles with her mental health and often views it as something she doesn't have full control over. Looks to friendships and romantic partners with a kind of resigned state, convinced that she's broken and either she will destroy what she has by holding on too tightly to it, or that she's incapable of making good choices in this regard and that eventually people will abuse her trust and friendship.

Something of a soldier's mentality, she views her purpose in life as defending and helping other people. Once this was rooted in a deep Christian faith, but over the last two years that's changed into a secular viewpoint.

Tends to view her sexual orientation and attractions with shame, fear, or self-loathing. Men in a romantic situation are a reminder of her time controlled by a Master, or of her abusive father, while the effects of her religious/moral upbringing fill her with thoughts of self-disgust and shame when feeling attracted to a woman.

Self control, self discipline and self confidence are things she desperately feels a need for, her own reflexive self-criticism bordering on self sabotage alongside her issues with mental health ensures that she never feels she has these things.

Despite this, she's strong, and has a powerful will. Tougher, smarter and wiser than she realizes, at her heart she's a warrior.

Can be affected by her own power.

However, the moment she tells another lie the falsehood is no longer under her power. (EG "Sure this is legal, I own the place, and this car is mine too" would cause the first lie to be knowable as a lie, while the second lie (this car is mine too) would be considered true.)) If they aren't nearby or currently thinking about the lie they will act normally, without influence from the lie, once another lie is told, but if they pause to consider their actions they can become aware that their thoughts changed for seemingly no reason.

Anyone within physical earshot is under the effect of her power, however any artificial means of extending her voice (Loudspeakers, TV Broadcasts) do not work and her words are perceived as normal.

Additionally, her power will not affect anyone with enhanced logical abilities or truth detection, and it will be confused and not work if she attempts to create a logical paradox.

Repeatedly telling the same lie will act as a new lie each time, leaving the target with the chance to realize that someone has been altering their mind. However, the lie that is in place at that time is still active regardless of whether the previous lies have been realized.

Created Minions tend to not be affected by her power, as the power is not designed to alter other Shard’s thought processes.

She no longer is protected from her own lies, and if she hears her own lie will fall under her own powers effect

After her second trigger -

When an inanimate cause of harm has been causing sustained harm for at least 15 seconds, Emily’s shard marks it as ‘false’, and the cause of the harm is removed from existence up to the point that it would no longer be causing harm, at which point it returns to existence at the point it would be at normally as if there had been no power acted upon it. Mind altering effects are included under this effect. It can turn ‘off’ an instance of any power’s usage that are constantly causing harm, although it does not prevent additional uses of that power. An exception to her turning powers off via her Trump effect is that she cannot turn off her own Master power.

While something has been marked ‘false’ by her power, she is absolutely, completely unable to believe that she should currently be being affected by said thing or that it exists. She can come to understand this part of her power, and may understand what happened post-facto, just not during the actual use of this side of her power.

Additionally, 15 seconds after receiving harm, Emily begins to do what is functionally regeneration at a quick pace, enough that she could regrow a full limb within 20 minutes. In reality, she is simply ‘undoing’ the damage, making it act as if it had never even happened. Should she ever be affected by a Trump that would remove her power, all of the damage that has been done to her and been ‘healed’ would immediately return.

A two part example of this would be if she had been stabbed.

Example A - Someone ran up, stabbed her, and ran away. After 15 seconds, she will begin to heal, and nothing else happens.

Example B - Someone ran up, stabbed her, and stayed to keep twisting the knife. After 15 seconds, the knife will dissapear, and she will begin to heal. If the knife would have fallen out of her of it’s own accord without the person pushing it in, it will reappear after having fallen out. If it would have stayed stuck in there, it will remain there, nonexistent. If she were to come into contact with certain kinds of Trump, the knife will later reappear inside her. Even if the knife had fallen out, the stab wounds would reappear under the effects of this Trump.