Geode is a local holistic healer in Ashton. She operates a new age store, specializing in crystals. She's had a bad reputation since her trigger due to her former affiliation with a now defunct cult, along with several public stunts that were thankfully minimal in harm. 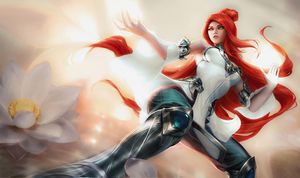 Geode in her Cape attire

Amber started her journey with her head in the clouds, very unaware of her surroundings and generally more childlike. After she was forbidden from making Crystal Meth "Rock Candy" she's had a lot of time to sober up. With the recent additions of her Mind and Body crystals, she's started to show more lucidity and thought in her actions, and far more focus and drive.

Amber's shop is still a successful business for a variety of healing services. She offers multiple classes now in regards to spiritual healing, physical therapy, and yoga.

These are a dime a dozen and the primary source of her income. These crystals are small and easily dangle from a simple necklace. They are also the easiest to attune to only requiring a week. They grant the wearer a faster natural regeneration, assist with chemical imbalances in the brain, and strengthen the body against toxins and diseases. They do not stack, nor do they grant supernatural regeneration, merely aiding what's already there. (Does not stack with Physical Perfection)

Prime example of Geode's tinkering ability manifesting in unexpected ways. What originally was designed as a "Crystal of Protection" with the intent to keep her safe from bad vibes and negative spirits, developed into the monstrosity that are her golems. The golem(s) stand at a range of 9-12 feet, weight 6 tons, and are capable of encasing someone within their centers after a delay of 15 seconds. Geode does not have a method to directly control her golem. It does however understand if she is frightened or injured and will move to protect her. It cannot manipulate fine objects. In combat it has the strength of a large rhinoceros, or it can switch to a siege mode where it hunkers down, rendering it immobile, and fires a powerful laser cannon at a target. The range is 30ft, and moves very slowly. The crystalline body is capable of withstanding bullets, immolation, and electrocution, but is susceptible to sonic weaponry. She currently has three of these and they take several weeks to regrow.

Wanting to better see auras, she made a pair of crystals into a pair of lenses. From 60 ft away, Geode is able to determine someone's emotional state, whether they are injured, or just telling lies. She is incapable of determining what the lie is, but only that they're being dishonest. Those in a state of zen like trance, or incapable of emotions do not generate an aura for her to observe. Most notably, she is capable of determining if someone is a Parahuman. (See Chart below for Aura table) (Does not stack with Mental Superiority)

Rarely used beyond security measures. She created a cluster of crystals that range in various sizes and shapes. A crystal from this cluster can be attached to a wall or corner and used to record events with perfect clarity, with both audio and video of the occurrence. Once a crystal is used in such a fashion, she must grow another to replace it.

What is possibly her most powerful device; the crystal coffin has the power to restore limbs, organs, and even help cure mental and emotional trauma, addictions, and more. What can be described as a "spiritual journey" people undergoing her crystal coffin treatment do not need to sustain themselves. The more damaged a person is though, the longer they are required to stay within the coffin. Even restoring a limb will take weeks. During this time, PCs are out of play. If they are removed forcibly too early, then the wound (Whether mental or physical) may not be fully healed.

This device comes in powder form, usually in easy to break packets. When exposed to air and momentum, the powder quickly expands into temporary crystals. If someone is caught within the powder, they are quickly encased in it. The powder crystals take an hour to dissolve, but can be removed with a combination of ice + peanut butter. Attuned properly to one of her healing crystals, allows the person the ability to move and use the powder as armor instead of being encased within. The armor is equivalent to bulletproof plate but shares the same weakness versus sonic weaponry as her golems do. She is also capable of either creating or reinforcing walls/floors with the powder.

She has an alternate version where the crystals are permanent but this requires a lot more time investment in both creation and usage, and is not possible to encase someone. She is currently using this to build her crystal tower in Ashton's mountainous region.

The Crystal of Physical Perfection and Gem of Mental Superiority

Designed as a set meant to work in conjunction with one another they rest on her forehead and over her heart, and work to increase levels of serotonin and dopamine in the person.

The physical one enhances her body to Olympian levels of strength, speed, and endurance. Natural regeneration is sped up to near supernatural levels and the wearer no longer requires more than two hours of sleep and minimum food and water. They are incredibly durable, able to take greater hits without breaking bones and resistant to mundane diseases.

The mental one does similar to the mind. Superior awareness allows them to view their surroundings with clarity, making it difficult to surprise them. They become more intelligent, able to recall details of anything they encounter with perfection. They are also granted the same benefit as if they were wearing her aura glasses, and if two wearers encounter one another they can communicate entirely empathically.

An amber colored crystal, similar to one of Geode's coffins. This is considered a "Doomsday Device" by the Protectorate and since it's usage in Endbringer fights, has caused Geode to be on several radars. It cannot be pre-emptively attuned and only Geode knows how to do it specifically. Once activated, she steps inside and emanates a massive projection. It has been used once, and only once.

Those within 50 meters of the being gain a form of slow regeneration. This can potentially mean the difference between life and death for many capes. It has the same effect as wearing one of her attuned healing crystals

The projected being is capable of flight, up to 10 miles away from the coffin but with a top speed of 30 MPH

She can create a massive shield, up to 100 meters, of crystal. It is capable of sustaining attacks from a tank but will not stand up to a constant barrage

The Goddess form of Geode is capable of releasing a powerful laser beam that can punch through a building. This beam is selective and can fire harmlessly through targets that she does not intend to damage.

Amber is proficient at survival skills. She knows how to live within nature itself indefinitely, find food and water, set up camp, etc. As far as civilized society goes, she's an adequate drummer, and she's getting good but can handle criticism. She's spent years doing yoga and is amazingly flexible, able to bend and roll her body in complex ways.

She has also begun taking classes in martial arts for meditation purposes, starting with Tai Chi. Through the aid of her Mind and Body crystals she's quickly developing and will soon begin to pick up other styles.

Geode is a tinker with a specialty in crystals. Her devices must be almost entirely crystalline in structure and make. Many of her devices have a level of affects on the emotional spectrum, usually calming. She doesn't so much as fashion crystal a and crystal b together, but more uses various methods and chemicals in order to forge the crystals with what affect she desires. Occasionally this manifests in ways she didn't expect, such as the case when it came to her "Protection Crystals"

She starts with a concept first, the idea being "I want a <whatever> crystal" and then proceeds to focus on creating one that fits the concept. If the saying is "any tinker can build a gun" hers would be a singular piece made entirety of crystal, powered by emotions.

Since her time in Ashton she has made several pieces of equipment that have come into play. Many of her crystals require "attunement" where the person using them must have them for an extended period of time before their affects can be felt, or possibly suffer negative drawbacks.