He worked two years as a protectorate hero in Boston, during this time hes been kept stable by his teammates, who successfully covered his issues from the public.

He was wearing a full-body tinker suit, specifically designed to stabilize, suppress and control his breaker form

Publicly he appeared as shy and reserved, often absentminded, but also friendly and devoted, with the tendency to just straight up express his thoughts without reservations, sometimes just voicing something random while being obvious to the important issues at hand.

A few months ago he got declared as deceased after an incident involving his team and a group of villains, which caused heavy devastation on both sides. 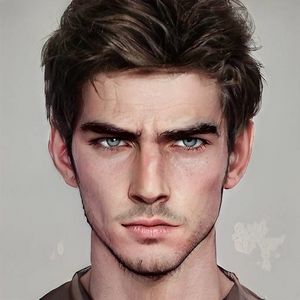 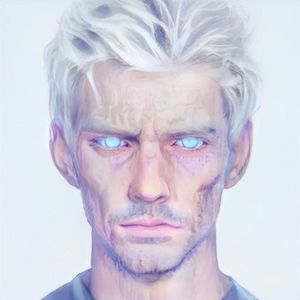 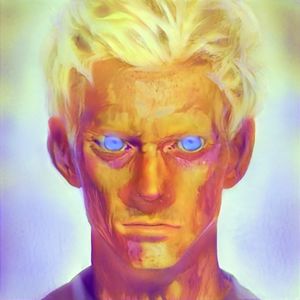 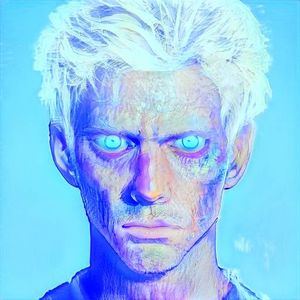 If he is ‘charged’ his eyes would change to yellow and then blue, similarly his skin and hair would turn brighter, depending on what its fueled with his breaker form would emit a slight glow.

His skin turns into a pale/grayish color once the drawbacks kick in and he would appear slenderer and sicklier.

He does not have much but besides new clothes, a smartphone and some stuff he took from some random people on his way.

His attitude fluctuates greatly from being shy, reserved and altruistic, to overconfidence, impulsivity, anger issues, cruelty or just insanity, he can be laid back and cheerful as well as appear pessimistic and suicidal.

Any time he absorbs something/stores energy, it increases his confidence and violent tendencies. Every emotion he currently feels gets amplified, he becomes more impulsive and arrogant, but also less focused and unpredictable. His motivation and desires can change from one moment to another. This especially applies once he starts to utilize his power, he becomes detached from reality, not able to think about consequences. If he uses too much of his energy in a short amount of time, he starts to act more like a rabid animal than a human.

If he suffers from the drawbacks of his abilities, he will appear timid and pessimistic.

Naturally there is a high and down, he can do something horrible one day and regret it another or even outright deny his own responsibility, not even remembering what he did. He has suicidal tendencies but usually this would only end up forcing him into a situation that induces one of his maniac phases.

In his manic phase he tends to throw himself into dangerous situations and does stupid shit for no apparent reason.

Absorption-Striker: He can absorb energies like heat, electricity and kinetic energy, this ability also allows him to absorb light. Usually, he is not able to hurt anyone with this, as he can absorb heat but won’t be able to decrease the temperature below his own.

His touch naturally fucks with technology (including some tinker-tech) in minor ways, as it increases their energy output while also depleting them faster than usual.

The same Striker ability acts as a limited form of protection. He still gets surface damage and feels pain like everyone else, but it avoids more severe or deadly harm. It reduces the force of impact, heat, radiation and certain other energies to a point where it may hurt like hell but never endanger him or affect his body in other major ways. This only counts for individual hits, minor damage from each one can still add up and injure him to a point it gets life threatening.

Kinetic-Absorption only protects against impact damage, it’s no use against sustained force; a heavy object falling on top of him wouldn’t crush him immediately but within the next few seconds,people can still strangle him and a slow cut or slash also works.

The absorbed force doesn’t vanish and can be used later on to fuel his breaker form.

His breaker form varies and depends on what kind of force it’s fueled with, though it always tends to emit light, the more energy he stores the more noticeable it would be.

Naturally the absorbed energy increases his physical strength and speed

But the main power of his breaker form is, that it utilizes the absorbed energy in form of his blaster ability. Just like the appearance of his breaker, the properties of his blasts heavily depend on the source of energy he is feeding from.

For example his concussive blasts are fueled with kinetic energy(impact damage) and act more like barely visible, heat-less explosions.

His other blasts are more flashy and seemingly made out of plasma.

If they aren’t fueled by anything specific or only rely on light, those blasts are barely enough to hurt or set something on fire, while a heat fueled blast can reach temperatures of 3000°C (5432°F) at its max depending on his storage and the intensity he wants to archive.

Average Concussive: Able to slam a person into a wall non-lethally. Maximum Concussive: Strong enough to launch a car a dozen meters (with recoil).

He is able use the recoil to launch himself into a certain direction, but the resulting trajectory is unpredictable.

Average Electrical: Relatively close, but slightly stronger than a taser. Maximum Electrical: On par with the average natural Lightning Bolt.

Types of energy he can absorb:

While attacks of the same strength would have a noticeably less pronounced effect on living organisms, IE Humans, Animals, Manton-protected non-organic entities.

He needs to be careful how he utilizes his power, because once he empties his ‘storage’ he would forcefully exit his breaker form and the more he stored the more time he needs to recover until he is able to absorb anything again.

He can stay in his breaker state, as long as he does not waste too much of his reserves and continuous to absorb a sufficient amount of energy to sustain it.

There is also a limit how much he can hold. Too much and he tends to lose control/leak which would just release everything in uncontrolled way, damaging himself in the process and wasting his reserves

If he overuses his ability, his normal form will get weak and sick. He would appear pale and malnourished lacking any physical strength.

Generally his power tends to be unreliable, the more “powerful” he gets the more his breaker form starts to fluctuate and gets leaky. The energy he usually uses for his blasts starting to pour out at random. A change in his mood can cause an involuntary transformation, provided he has enough energy to sustain it. But he can also just like that flicker out of this state even if he didn’t actually exhausted it.

“How much did I miss this?”

He immediately jumps into the fight dismissing the fact that the cape is on the ground and he on a roof. The impact.. the change, like a switch it feels just like waking up as a different person. Feeling the explosion under his feet with one blast he flings himself from the ground right into the enemy. The brute throws him like a doll, still he can’t help but laugh. With another blast he propels himself from a wall his movements anything but graceful. He misses and consequently earns a dozen hits into the ground. The first few were fun but its getting less pleasant, feeling the pressure on his bones and the already broken nose.

A light blast direct into the face to disorientate followed by a concussive one to reinforce his punch, throwing his foe a few meters into a wall, though that’s almost everything he had, the kinetic energy from his fall and the hits he tanked.

The brute gets up like it’s nothing, but Jake smirks, he still has an ace up his sleeve. Pressing a button he blows himself up, explosives are always very convenient. The explosion considerable smaller than it should have been, he emerges entirely different, his breaker form more emphasizing on heat. Blazing orbs emerge on his hands, growing in size only to turn into blasts of ‘fire’.

“You know its not supposed to work like that!”

“Well didn’t you know you tinkers are not the only ones who are good with tech.”

Discharge chuckles as he holds the tinker-gun who now works with twice as much power than usual before quickly depleting itself.

“Though its much more effective to do this.”

He rips out the power core of another one immediately depleting it and just starts blasting with his hand.

Discharge grabs a bomb to keep it from blowing up. The moment it explodes, he absorbs all the heat, but immediately after he turns breaker. He is much more powerful than usual … too powerful, he starts to leak and it just bursts out of him, everything at once in all directions, leaving himself damaged and unconscious.

Jake came from a broken family, he didn’t get to know his mother, only the rants of his dad about the issues she supposedly had. His Dad though mostly left him alone. He did go to school, but had a hard time connecting to anyone, once his issues became more apparent and he started to do more and more riskier, stuff trying to prove something to others as well as to himself.

He triggered once he got into his first fight with a cape, Jake interfered seemingly with the intention to save his ‘friends’, but in reality he wasn’t even sure why he did it, maybe because of the drugs, because he felt invincible or again to make a statement to himself, but ultimately he was helpless.. to weak, to out of it. Already witnessing what happened to the others, running would’ve been the better option but he couldn’t. The helplessness it felt unbearable. The lightning bolt, it seemed incredible bright and he just reached out to catch it. Vanishing in the palm of his hand, the pain immediately hit him, exploding inside of his head and every bit of his body. While he heard the voice of the one responsible coming from far away but also from everywhere.

At some point later on, he got picked up by a protectorate tinker who encouraged him to join the team.

A specifically designed suit helped him to stabilize, to be reliable until he disregarded everything, his own safety and his orders just to throw himself at the enemy. Biting off more than he could chew. A bad situation turned into something much worse.