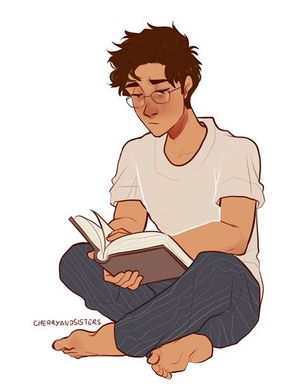 Colony out of costume.

Costumed: An Armored costume, had bits have a bit more of a colored wood appearance. Has small pieces of equipment strapped around body. Costume is made from modified wood and plant fibers such as cotton.

More timid and scared of confrontation outside of costume, afraid of failing at tasks given to him. In-Costume is a bit the same way, though more focused. Also absentminded while not in costume, a bit of a tendency to drive himself into projects and work on them for long stretches of time.

A nice laptop with a minor mobile chemistry set that connects to it.

A small, relatively inexpensive but alright Moped for transport.

“The Colony”: Essentially his megaproject, it is essentially a self-sustained ecosystem maintained by plants. His tinkering is most effective there. It is centered around a central organism, a hybrid plant/fungus that is useful to help integrate and create limited plant furniture/equipment. It can be removed and replanted in a different location, or even recreated if destroyed, but it more or less resets most of his production and leaves his tinkering weaker for a while.

Passable hand-to-hand combat involving use of tools in CQC and escaping grabs.

Passable athleticism (Running and other such stunts)

Other: Passable knowledge of biology, especially in regards to plant or fungal biology

He is a wet tinker with a focus on plants and fungi, as well as technology that interfaces with plants and fungi. He incorporates minor aspects of the Terraform Tinker in that his best work is created in a self-sustained ecosystem, essentially a small megaproject he sustains where most of his gear is created. He also has a bit of a focus on controller aspects, specifically what one would think of as a farm tinker. He can create drones of multiple varieties but usually only small, short-lived ones are used for fear of spreading or loss of control from the PRT.

Almost all of his work is done within “The Colony”. He can work outside it, but it is almost always restricted to modification of some aspects of existing gear or creation of minor gadgets unless he has access to some serious equipment. If the colony is destroyed or has to be relocated, His tinkering ability and the production of some of his gadgets is slower and weaker for a while. More so if it is destroyed rather than simply relocated.

Colony was out on patrol in the night when he spotted suspicious activity. Multiple figures entering a jewelry store, wearing nondescript masks to conceal their identities. He decided to carefully approach the store, and saw inside that the figures were holding the attendants at gunpoint. He removed a Puffball Crawler about the size of an apple from his hip and carefully opened the door, tossing it in. The critter crawled over to where he was indicating with a UV laser before it released its payload, exploding into a cloud of spores that incapacitated the entire group as well as the attendants. He rushes inside, taking a pill and giving it to the attendants, causing them to awaken quickly. He calls in the police and the robbers are apprehended.

Benjamin Cruz was born in Devilfish and has lived there all his life. He lived a fairly average life, until more recently his father died of cancer. After that point he began declining, ignoring his schoolwork and locking himself off.

In the beginning there wasn’t much pressure on him due to his father’s passing but as time went on and his grades began to decline, more and more pressure was put on him, by his grieving mother, by well-put counsellors. Eventually it got to the point where he began trying again but due to how far behind he was it perpetuated a cycle where he continued getting bad grades and he continued to decline due to him having bad grades, causing him to fall even more behind and spiral deeper. Eventually all the pressure got to him and he Triggered. Suddenly thoughts filled his brain. What he was currently studying- Biology, made more sense. He understood plants and fungi and how to use them, use them for good.

Unfortunately however, not all was good. After his father died, Benjamin's mother became increasingly irrational. She had fallen to grief and was lured in by the explanations of answers online, even though they were false. She became convinced that Parahumans had caused his father's cancer, and now that Benjamin was one of them... well, she did not take it well. She kicked him out of the house, and then he went to the PRT.

He went to the PRT and told them of his newfound abilities and was brought into the Ward program just recently. They discovered his abilities required a base of operations where he would create a self-sustaining plant ecosystem. They were able to create a small greenhouse on the roof of the PRT building where he could set up his small ecosystem to allow him to use his abilities effectively.