Chloride is a third generation cape from a family of mercenaries called the Green Clan that has been active since 1985. They’re known for playing the game and enforcing the code, several times joining Endbringer fights or hunting down code breakers pro bono. All of them have powers related to stomach acids.

She moved to Ashton in the wake of the last Endbringer fight and have regularly been reported in the local new in the service of more renown capes. Naturally, most of which were villains but she’ve been adamant

Chloride’s power is to spew a projectile of bile that decrease other parahumans control over their power if it hits them. The bile may cause first degree acid burns on skin contact. 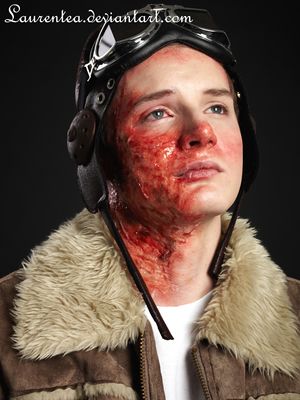 Danielle is a slightly overweight girl with a big burn scar covering a third of her face. She sports a badly corroded British WW2 pilot jacket together with a variety of period regalia and keep her hair oiled up in a short greaser.

A job is a job, as long as it doesn’t break the unwritten rules. She was drilled since a child to become a soldier for hire which have caused to develop a professional persona separate from her personal. Otherwise quite a balanced person with a healthy emotional life.

Is definitely called a butch in the lesbian community and have a slight complex over her weight.

$1,600 on a saving account and $430 on her card. Have an Harley-Davidson XA motorcycle with a sidecar from WW2 kept in perfect condition which is her most prized possession (picture 1, 2, 3). Own a two room apartment in an old renovated industrial building, located in the industrial district, but lives with her girlfriend Penny Jenkins.

Has a wealth of contacts in the underworld from her long time in costume as a mercenary, very few of which would provide information or services without being paid their due though.

Knows most things that are to know about WW2 and the technology that was used during the 30's and 40's. Is an skilled auto mechanic who have grown up in her grandfather’s service station.

Have been trained since childhood in close quarters combat and paramilitary tactics.

Can vomit a jet of gastric acid that applies a nulling Trump effect on parahumans and parahuman constructs which it hits. Each successive hit up to three will increase the potency of the effect. It works through clothes or armors but burn if it touches bare skin and exposure longer than 1 minute will cause first degree burns. The jet is 10 cm wide and can be fired up to 20 meters every 3-5 seconds in the speed of a baseball. She got neigh infinite ammunition but becomes very hungry after extended use, see further below.

The third hit's effects can be reversed a stage by washing off the offending vomit and removing the affected gear/clothing. The first and second tiers' effects however require a thorough wash at a washbasin/sink/fountain/etc. and the removal of the affected clothing.

The food habits needed to upkeep the power have given her acid reflux, which is a constant heart burn. She also need to eat 400 calories per jet to not go hungry afterwards, the food is mainly transported to the stomachs of Danielle Greens in alternative universes. 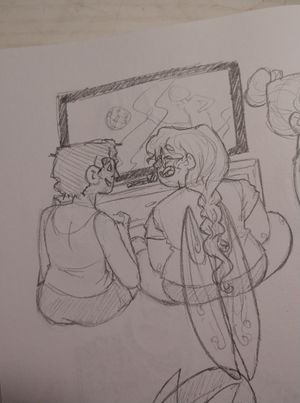 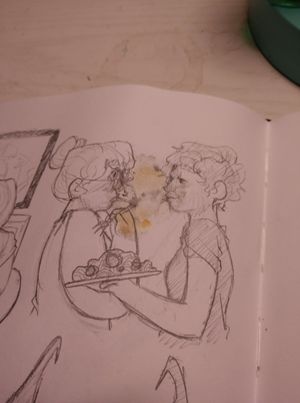 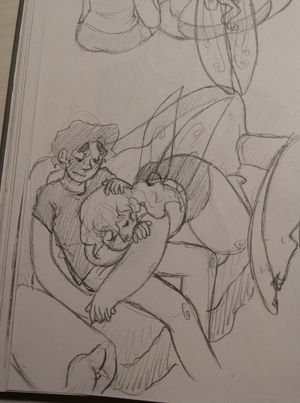 After a long day at work by u/missxxuniverse
Retrieved from "https://wiki.wormrp.com/w/index.php?title=Chloride&oldid=6640"
Categories: