Not much is known about Cascade at the moment, as he hasn't done too much of note. He only has one or two low-level robberies of places like jewelry stores. He does however have one note. Every robbery has left the store demolished, load-bearing beams split in two, ceilings collapsed in, and the local gas-station's septic tank somehow rising from the ground, through the floor and leaking sewage everywhere. 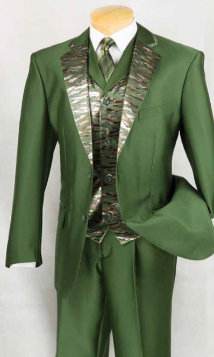 Adan is a second-generation immigrant of an Irish family, and has the red to match. Spotted with freckles and a mess of straight red hair, he has relatively unassuming amber eyes. Adan is wiry, with little muscle mass. Although fairly tall, he struggles to look imposing. After attaining his powers, he's taken up jogging so that he's better at running away, aiding somewhat in reducing the skeleton-like nature of his frame. Out of costume, he favors casual clothing like t-shirts and jeans. In costume, he wears a faux-zoot suit that he fitted himself to be a bit more flexible, with some slight green-color alterations to give it a bit of flavor.

Adan lives on the factory side of town, in a shoddy apartment. His family have lived there for a long time, and although he's moved out, he doesn't stray too far away in case they need him. He has a beat-up 99' Toyota Land Cruiser that he prays keeps running. He tries to be frugal with purchase since he uses most of his theft-money on college, but he occasionally splurges for nights out on the town. Being part of the College of Architecture allows him easy access to most of the blueprints in the city, which he uses for criminal purposes. Other minor things include some spare cloth he keeps in his apartment, a cell-phone, and access to student research websites.

Growing up poor and with a weary father from hours and hours of factory work, he spent a fair amount of time helping his mother around the house. He knows how to keep things tidy, and is a somewhat proficient tailor. He always had trouble in school, and found himself either bored or struggling in a variety of classes. He knew he didn't have the grades to get into college when he finally graduated (barely), but he's throwing himself with gusto at his college education, and has improved significantly. Knows a fair amount from studying architecture about structural demands and above-basic math. Is on a first-name basis with a few professors on the campus.

Adan has no qualms with the label of himself as a 'villain'. He tries not to take any of this too seriously. Growing up poor, he grew up with a lot of people who did less than legal things to get by in life, and he sees himself as just another person scraping by in the rat race. He's using his money to go to college, and his family are all lauding him for being the first one in their family to do so. He doesn't think he's too disturbed or anything, but he knows capes can take a hit, so he's fine with dumping a pillar on them once in a while. He can do something special, why not make the best of it?

A Combat Thinker. Triggering from a situation where the cape desired to cause violence but was too cowardly to do so, spending hours agonizing over potential solutions, they eventually tried a direct approach and failed, quickly realizing they were about to get their shit beat in and triggering from the fear and resentment at their own impotence.

Their thinker power gives them multiple ways to cause massive amounts of collateral damage, but doesn't inform them how. It only tells them what they need to do, after they choose a target. This could be anything from slamming themselves against a loose wall, ripping out a wiring, rapidly flipping a light switch, stomping on the ground at a certain point. At this point, a rube goldberg-esque series of events all line up, causing something seemingly unrelated to occur, causing major damage to whoever they were targeting. This effectively makes him a extremely-specialized precog, but he never has any hint about what the situation will actually be, as his power doesn't share that information with him.

The power prioritizes the longest possible sequence of steps if given a choice, and it should never be clear how the first step causes the rest.

Versus capes where baseline solutions and intents such as 'harm' don't work, the power will most likely fail on the first 'collapse', and needs to use itself versus that power to begin taking it into account when offering first steps. If Cascade has an intent that is impossible for it to accomplish (i.e., hurt a speedster who has no downtime, or a brute that's impervious to damage) it will simply not offer solutions, and Cascade will have to change his intent (trap instead of harm, block off instead of stop) to allow his power to start generating new paths.

If Cascade is stopped from performing the first esoteric action in the middle of attempting and the cape he's facing has the where-with-all to realize that it's his power and to stop the first step, it'll prevent it from being accomplished. Due to changing scenarios and time periods, Cascade's power frequently reboots and offers up a new set of triggers if he's too slow or prevented from setting them off, as their chain of events is no longer viable.

Actions that don't directly harm others will be easier to perform in RP (breaking inanimate objects, walling off a non-mover, rupturing something), while actions that would directly harm adversarial capes will turn into a cat and mouse scenario where Cascade has set off multiple destruction chains (hopefully) and is dodging and evading or relying on team mates to protect him until it goes off.