There have been a couple recent reports of abominations simply appearing somewhere and attacking/intimidating people, though nobody has been really hurt. Interestingly none of the abominations has been recovered, even when they were completely disabled or destroyed. 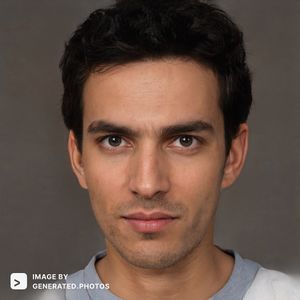 Blueprint Out of Costume

Out of costume Gabriel is a fairly refined person, standing at 5'11", sharp features, with black hair and brown eyes. He tends to dress sharply and with purpose, aiming to imbue the idea that he is important from his appearances.

His in-costume appearance changes, with the base of his costume being a fairly dull grey armored suit which he usually manifests with his powers, he usually adds splashes of color or additional manifestations/features onto it if desired.

Gabriel is a full-blown high-functioning psychopath, though he exhibits more sociopathic tendencies when in costume. Knows about the game and plays to it, but given the opportunity and no witnesses will tend to steep to lower levels for sadistic enjoyment or satisfaction.

In-costume tends to have a thin veneer of comic fun with a fair level of high-emotion recklessness strewn in, though still uncaring of anyone but himself.

Can seem fairly like a regular person in day to day activities, acting with a lifetime's experience like a normal person, but generally very manipulative for his own gain.

Other than this he can produce most equipment with his power, and all of this equipment is within his catalogue.

This power is a bud off of ‘Patchwork’ (or Mr. Multitool)

The user copies touched objects and all their contents to an infinite internal catalogue of items, and can later recreate them nearby. The user has 5 ‘slots’ with which to generate copied items, and each slot can generate an item up to roughly a sedan in size (‘stitched together’ objects count as 1 object for these purposes). Multiple slots can be combined to generate increasing sized objects (I.E. using 2 slots to replicate a pickup truck). An object in the catalogue can be replicated multiple times at once, the catalogue simply a ‘blueprint’ for the power’s creations. Biological objects (Including people and animals) can be copied this way, though they are always ‘dead’ when created with the power.

The user cannot generally copy power generated material, or it defaults to the nearest mundane material if one is available (I.E. Ice Queen’s Ice would be copied as normal ice, A force field couldn’t be copied at all.). While tinker tech can be copied, it does not function and is usually purely cosmetic, and tinker made materials often also default to the nearest mundane material as the previous statement (I.E. Elysian steel would copy as normal steel for example)

When generating copied items, the user can change the item in a few ways. The user can leave some segments or chunks of the item out (I.E. if they only wanted to make a pickup truck that were cut in half they could), and can scale up or down parts of the item or the item as a whole. Parts and items tend to function at their new sizes (I.E. if you scaled a pickup truck to the size of a cat or a drone to the size of a minibus both would still function and move around fine, generally with scaled speeds compared to their normal sizes.). While guns can be scaled like this, unlike other items they tend to function poorly (Often malfunctioning) at increased sizes compared to other weaponry/items. The user can do things like, say if they had a loaded gun in storage and blueprints for rubber bullets, they could manifest the item with the rubber bullets loaded rather than the normal bullets.

When an item the user has created is within 50 meters, the user can sense through any sensors it has (I.E. cameras, eyes, etc.), and has a fine kinesthetic sense of it and objects it is touching (I.E. a sense of proprioception and touch through it, though not a sense of pain). The user is also able to control motor and other technological functions it has (As well as setting off chemical triggers/functions). This all extends to biological components as well, and the user can control them just as well. (Though often said creations aren’t convincing if the user puppets them to mimic normal human activity, noticeably lacking in breath, being very pale, and having difficulty speaking properly and emoting, and being somewhat stiff.). The user can handle all this sensory stimulus and control them with ease and general fluidity. Even when puppeted, these creations count as dead, nonliving material for the purposes of Manton limitations. Conversely, they are also generally unaffected by normally fatal wounds, as they have no life functions to support.

Outside the 50 meter radius, the user does not have tactile sense through the object, cannot control it, and cannot percieve through it's sensors, but does have a fairly accurate idea of where it is in relation to themselves, Past the 5 kilometer mark from the user, the object collapses back into dust, which quickly shrinks in size until it fully dissipates.

The user can stitch together multiple items with these pitch black threads tightly, forming conjoined items. Items stitched together tend to function together properly and fluidly, as if they were attached normally. The threads essentially have the strength of as if the two items were fused together at that part. Upon manifestation, the user can also generate these threads between the generated item and an existing item (Though one that is not ‘on’ another unwilling person, though they can attach it to themselves or willing targets)

Objects are generated by this ‘dust’ that flows out from the user, coalescing into the object in some location nearby (somewhere within 30 feet). The ‘dust’ is fairly easy to dodge if you are paying attention.

Trigger type: Third Generation Natural, Master / Shaker / Striker / Stranger (The trigger incorporates striker/stranger/master elements, with shaker being a general result of how the power is used.)

Blueprint giggled from the top of a nearby building as he watched the people run away in fear from one of his creations as he delicately puppeteered it from a distance. He had taken the copied body of a young girl and had put long, sinuous tentacles of scrap metal, muscle, and bone emitting from its back. Easily hidden, but horrifying when revealed. He had made lay it face down in the street, appearing dead, and when someone had attempted to shake her to see if she was alright, he had it reach out with deceptive, muscle-straining grip onto their legs, and had the long tendrils begin lashing out of it's back as his creation gargled in seeming pain (Though really it had no mind to feel pain, instead it's every motion puppeteered by him.)

As a hero arrived on the scene- a redheaded woman covered in thin armor, flying in on trailing jets of flame, she quickly assessed the scene and apprehended his creation. She seemed to quickly know that it wasn't alive- perhaps some kind of heat sense? It did not matter.

She quickly found him lounging on top of the building in costume, and he gave her a little wave as she approached. Disseminating his previous creation, the black threads holding it together snapped and faded into nothing as it all dissolved into an increasingly shrinking mount of grey dust.

Pushing out his hand in her direction, he quickly slapped together the blueprint for a bird, covering it's body in a curved metal shell and made it's beak from steel, engorging it's wing muscles so it would be able to support the extra weight. He then stuffed modified fireworks inside so each bird would be able to fire a single show shower of sparks.

Dust-like material began pouring from the user's hand, some a metallic grey, while some of it was wetter and looked pinkish. They all coalesced together into 3 of the birds in front of the user, and with a single command they fly out in formation towards the woman, releasing their payload and blinding her temporarily as he sprints off, rapidly creating a fleshy grappling hook that latched onto the side of the building and lowered him before he ran off into the alleys safely.

Gabriel was born this way. He saw other people as, well, objects really. Tools for his empowerment. But they would notice if he did that, society bound his actions, the prey limiting the predator. So he learned to adapt, to hide as a wolf in sheep's clothing. But it all got frustrating, he understood the importance of hiding but sometimes one needed to blow off. He started off small, with the little things like extensive bullying when he was young, and when he was growing he would take perverse pleasure in causing fear in people.

He eventually landed a job in an art museum as an outreach program specialist for schools, helping to organize events for children such as inane 'arts and crafts' events. He took special pleasure in those on occasion completely roasting children over their inferior art.

Then one day he saw one of his coworkers (Well, boss but he dislikes thinking of people as superior to him) absolutely destroying an uptight woman who had come into the museum and had demanded to see the manager over what she deemed an inappropriate piece of art. Alphonse turned the tables on her to the point of the woman crying and leaving as quick as possible to try and save face. By the end she left the museum, tears streaming from her face as she had been utterly outclassed. Gabriel was practically rolling on the floor laughing at her fate, and quickly became close friends with Alphonse after that point.

And then- his world almost came crashing down. Someone had been tracking his activities without his knowledge, and they confronted him. They would tell everyone about his perverse psychopathic behavior, and he would be outed. In that moment, where they showed their evidence to his face, where he would be revealed to the world for the monster he truly was- he triggered.

He took care of the person. While there would be a missing person's report- it was quite convenient that the person he took care of was a notorious recluse from friends and family, and had run away in paranoia in the past, so it would be feasible they had fled and never returned. He hid the evidence effectively, and was now free, left even more powerful than before.