Security footage has revealed her presence in multiple small robberies, the PRT has put out a small notice, but she is not deemed high priority. Some thought has been given to countermeasures, and to puzzling out the specifics of her powers' functionality, though not much has come of it. Rumors about her presence in a new gang, know as "House of Mirrors" have begun to circulate. 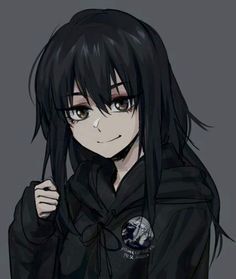 Cape: A professionally made padded and lightly armored black under suit, with patterns of silver vines embroidered on it. Wears a large detachable cloak (with a hood), again black with embroidered silver vines. The back of her head is protected by a cowl, while the front bears a leathery mask in the shape of a wolf's face, her eyes and mouth visible.

Paranoid to an above average degree, asocial, and distrustful of authority, she's pretty shy usually, but puts on a more confident persona when interacting with others as a cape. She likes figuring out and planning solutions to issues and problems, though she is a firm believer in murphy's law. She engages in criminal activity both for the thrill of it, to test her own limits, and for the money.

Selena is first and foremost a changer, though it’s involuntary, activating any time she is not directly perceived by another living human being. Injuries do not transfer between forms, and any injuries to her changer form will be healed within 24 hours, though the healing of her regular human form is unaffected. All clothing/items disappear upon entering her changer form, and reappear when she leaves it, unless she specifically focuses on keeping them present. She does not count as a living human for the purposes of her power at all. She has a minor thinker power which gives a vague insight into the sightlines and presence of living people, though it’s not that precise. Her changer form appears as a sleek black wolf like creature, with a slight sheen to its skin, and no hair whatsoever, it possesses physical attributes similar to that of a wolf, though it doesn’t seem to tire or require air. Its tail is prehensile, and provides excellent balance. Its skin produces a thin layer of an unidentified fluid, which provides resistance to most chemicals and typical environmental effects (those that would be found naturally in the standard earth environment, such as temparature and exposure extremes, this does not confer any resistance to power induced environmental effects if they are outside the bounds of said earth based environmental extremes). The forms movements are almost completely silent, footsteps included.While in her changer form, Selena possesses enhanced senses, night vision at about the level of a cat, and hearing at, if not better, than most dogs. However, her sense of taste and smell is completely gone, and outside of a sense of pressure used to determine balance and help in stealth, the sense of touch is greatly muted.

Selena moved to devilfish to get a breath of fresh air, to have new experiences and a fresh start, and figured that doing so while attending the local college was as good an excuse as any, seeing as it catered to her interest in engineering. Upon arrival, she made a few tentative friends and was enjoying herself, sure that this was the right decision and place for her. About halfway through her first year, one of her friends, who had been complementary to her in the past, asked if she could volunteer to model for one of the art classes, seeing no harm in it, she agreed. As the date approached, however, she began to become increasingly worried over how she would appear, if she was good enough, if her decision was right, etc. She mustered up the courage to go, just that once, and got through it seemingly without issue, though she found some of the poses rather strange. The shock came a couple days later, as she saw the pieces made of her posted to an on campus forum, with many other students, and even teachers, mocking and ridiculing her form. She triggered, and has kept up appearances since, still interested in pursuing engineering, despite her newfound distrust of people.